The vision of taking engagement pictures in a red flowing dress among the mountains has long been in Stephanie’s head.  When her Dad put me in touch with Garrett, I learned that he wanted to propose in Colorado.

They would be taking their boy Whiskey with them to see snow for the first time!  While the proposal would take place without her knowledge, we planned a surprise engagement session in Estes Park with guess what…a red dress!

Like, I was cold, but I was also swarmed in coats and scarves.  These two brave souls did a fantastic job of not looking like they couldn’t feel their hands, but we had to take several breaks so that Steph could warm her hands in where else?  -Her boobs.  Ladies, sometimes we gotta do what we gotta do, you know?

The time I spent location scouting for this shoot is crazy.  When you can’t just take a drive, you have to rely on Google, and it’s a beautiful thing.  Thank God for the internet.  All of that said, this was maybe a week into the government shutdown.  The day before, the news showed that you couldn’t even get IN to Rocky Mountain National Park let alone get down the road I needed.

Luck was on our side when we drove up two days later.  The snow had thawed and the park was open, but our road was still closed.  So you do what you do best, you handle shit like a boss.  We froze, but it was still so fun, and afterward we all found a Thai restaurant where we warmed up with tea, soup and some great food.  I love Colorado, but I especially love Estes Park and the Rocky Mountains.  What an incredible place to take in.

I’d like to give some love to Shannon of The Olive and Poppy for working with me long distance on this vision and doing a beautiful job on the bouquet.  If you’re looking for a florist in Denver, she’s your girl.  Also, Stephanie would probably not have returned from Colorado had our friend Caitlyn not lent me the white stole from her own wedding.  It was the only thing Steph had to protect her from the cold!!  Love you, Caitlyn!!

Steph & Garrett plan to get married on their anniversary, which just happens to be a leap year!  Really looking forward to witnessing such a special couple take their vows. 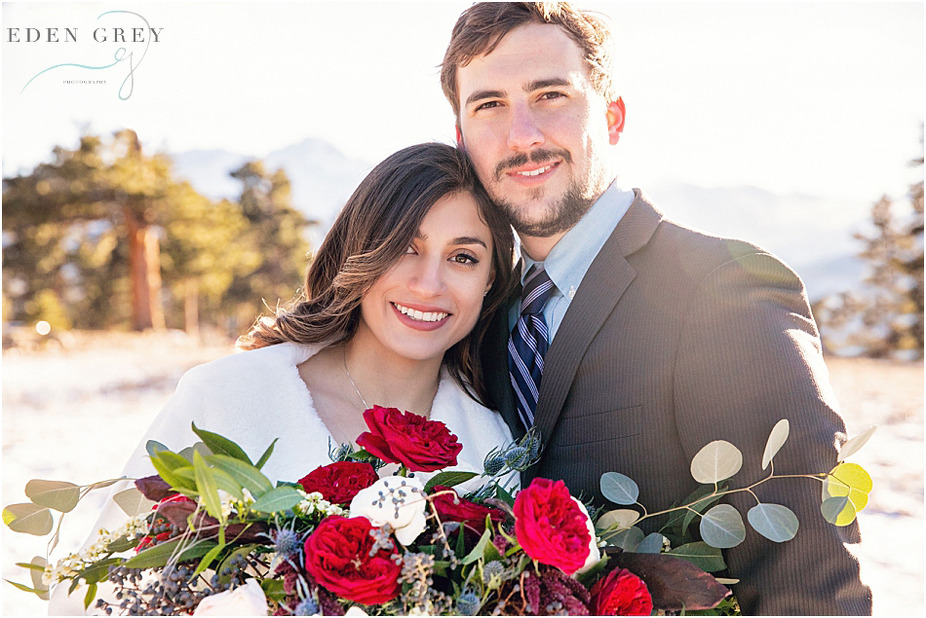 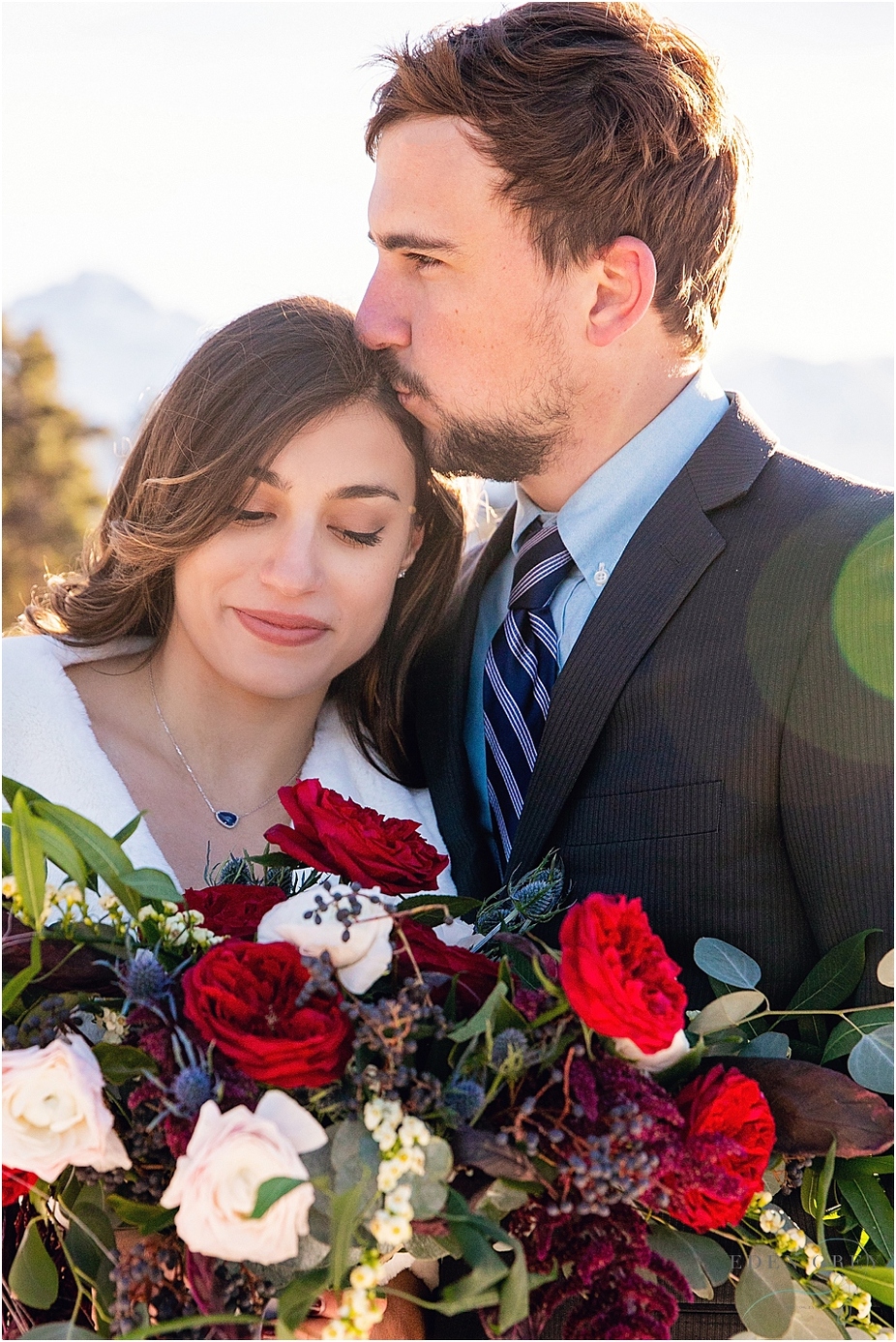 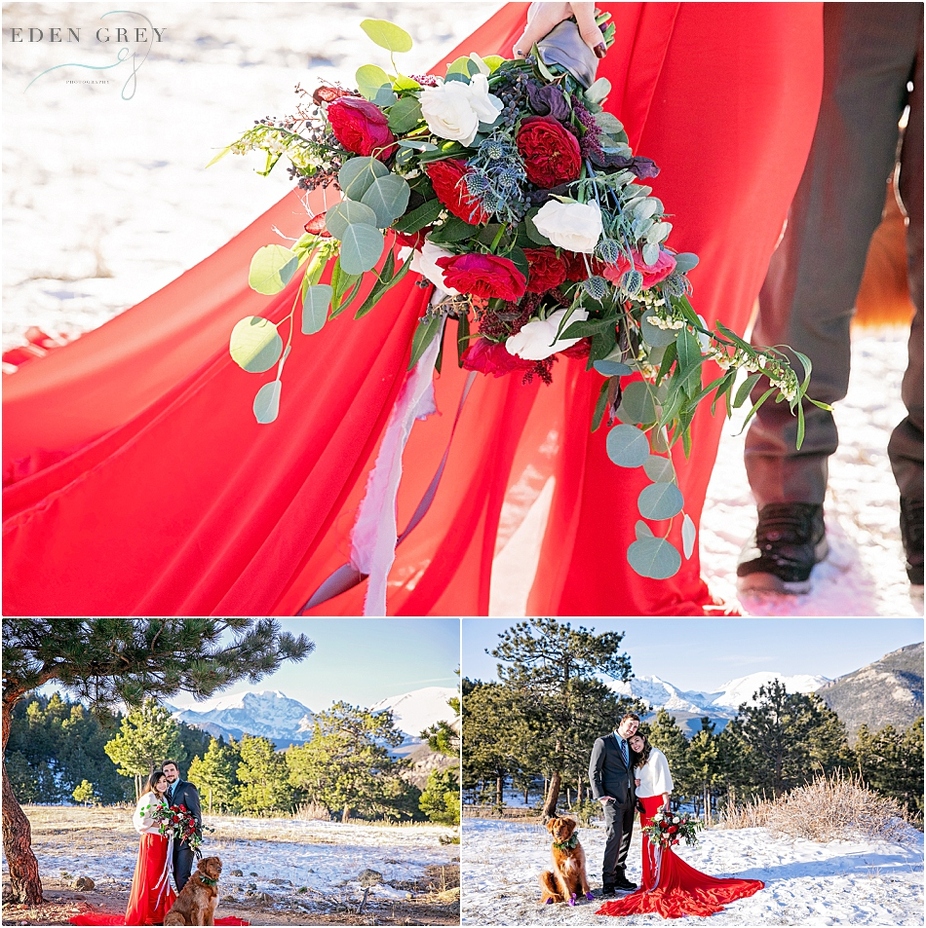 Bouquet: The Olive and Poppy