This precious newborn girl was so good for me!  From the age of 19 to 25, I had roommates in college. The one consistent roommate was Jessica, who I met in college choir. We survived the poor college kids days (like the time we went to Jack in the Box and ordered one taco because we didn’t have enough money for two and they were only .99¢!!  Thank goodness JITB felt sorry for us and gave us 2 anyway!).

Now that we are full on adulting grown ass women, we can def afford all the tacos ?

We don’t see each other often, but I did get the honor of photographing baby Norah when she was tiny enough to bundle.  Love you Jess!  You and Mark made a perfect baby girl! 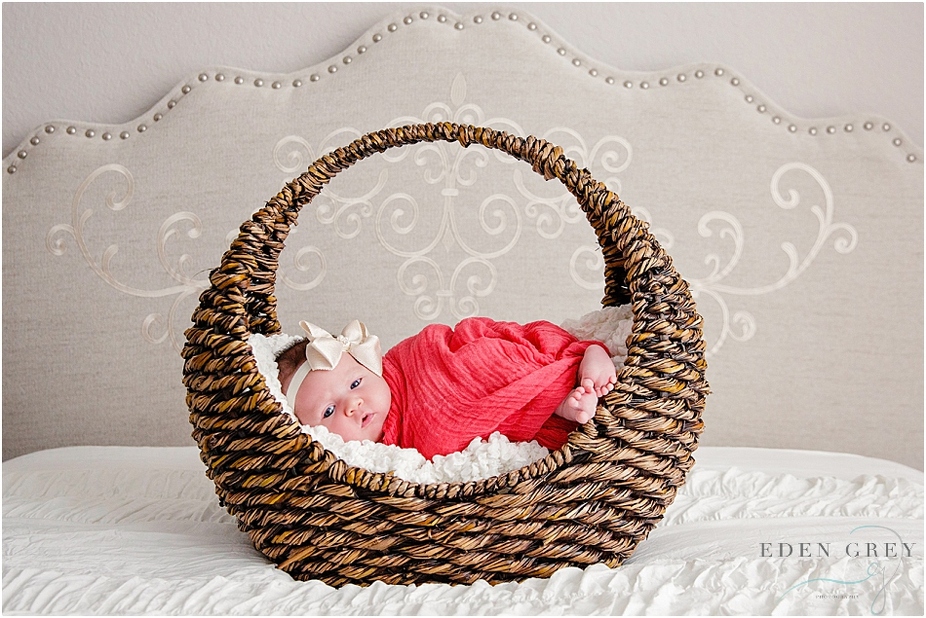 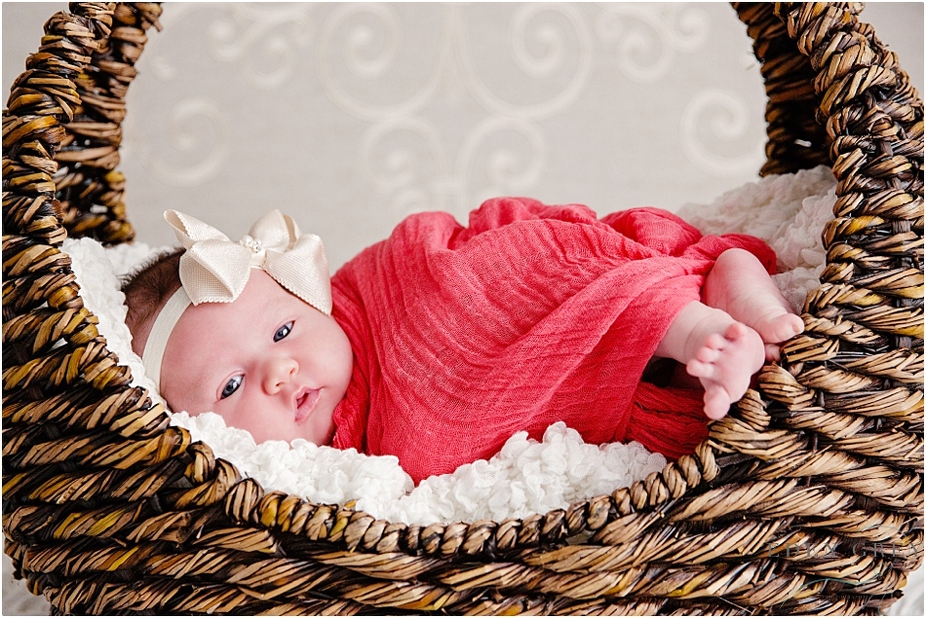 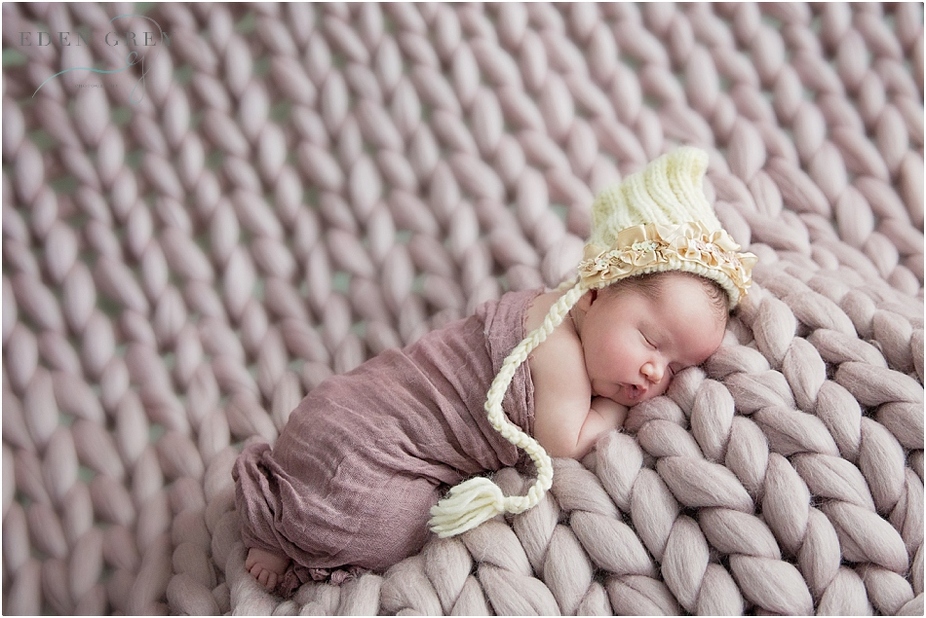 Heather & Jeff are getting married this year, and wanted to take their engagement photos at The Houston Museum of Fine Arts – specifically at the Cockrell Butterfly Center.  I was so excited to take these photos for them, and boy were they troops!  I knew to expect humidity, but when hair and makeup are involved, you have to be careful where you shoot, and make sure to find the ‘cool spots’, ha!

We saw so many beautiful butterflies, but not many were as curious as us as we were about them, so we just enjoyed the environment and ended our session at their place, complete with their rival football jersey’s that just happen to have the same colors!  Really looking forward to their beautiful day 😉

Hailey & Tyler wanted to take engagement pictures in my hometown of Palestine, Texas.  The thing is, they are from a little town in Nebraska.  That little town just happens to be maybe 15 minutes away from where a close friend of mine grew up…such a small world!

So, they are currently located in Palestine of all places for Tyler’s job!  I was super honored to have been able to capture their engagement pictures before they tie the knot back home.  They even brought their ADORABLE and very excitable labradoodle, Loki. Isn’t he precious?  I really love when couples include their pets (aka children) in pictures.

Being a first time Mom is overwhelming, I’m sure.  You can read the books and you can nest and try to prepare, but until you’ve experienced it, there’s no real answer book.

All of that to say that baby Amelia was actually a month when we did her newborn photos.  It took some cuddling, feeding, patting and gripe water to finally get her to her resting state, but we got it done!  She did so well, and it was so cool to capture this brand new family in the early stages of bonding.

She’s s past bride and beautiful person.  I’ve been honored to document all of her major rights of passage and I love that she trusts me.

You wont see any dresses being thrown around here, ladies.  What you will find is an amazing carrier of life.

The vision of taking engagement pictures in a red flowing dress among the mountains has long been in Stephanie’s head.  When her Dad put me in touch with Garrett, I learned that he wanted to propose in Colorado.

They would be taking their boy Whiskey with them to see snow for the first time!  While the proposal would take place without her knowledge, we planned a surprise engagement session in Estes Park with guess what…a red dress!

Like, I was cold, but I was also swarmed in coats and scarves.  These two brave souls did a fantastic job of not looking like they couldn’t feel their hands, but we had to take several breaks so that Steph could warm her hands in where else?  -Her boobs.  Ladies, sometimes we gotta do what we gotta do, you know?

The time I spent location scouting for this shoot is crazy.  When you can’t just take a drive, you have to rely on Google, and it’s a beautiful thing.  Thank God for the internet.  All of that said, this was maybe a week into the government shutdown.  The day before, the news showed that you couldn’t even get IN to Rocky Mountain National Park let alone get down the road I needed.

Luck was on our side when we drove up two days later.  The snow had thawed and the park was open, but our road was still closed.  So you do what you do best, you handle shit like a boss.  We froze, but it was still so fun, and afterward we all found a Thai restaurant where we warmed up with tea, soup and some great food.  I love Colorado, but I especially love Estes Park and the Rocky Mountains.  What an incredible place to take in.

I’d like to give some love to Shannon of The Olive and Poppy for working with me long distance on this vision and doing a beautiful job on the bouquet.  If you’re looking for a florist in Denver, she’s your girl.  Also, Stephanie would probably not have returned from Colorado had our friend Caitlyn not lent me the white stole from her own wedding.  It was the only thing Steph had to protect her from the cold!!  Love you, Caitlyn!!

Steph & Garrett plan to get married on their anniversary, which just happens to be a leap year!  Really looking forward to witnessing such a special couple take their vows.

Bouquet: The Olive and Poppy

What you need to know about Kaley and Brandon is that they are MAYJAH Green Bay Packers fans.  They are from Wisconsin, so I’d expect no less, and in true yankee fashion, the day we took these pictures just so happened to be that FREEZING Sunday morning in January…you remember that one.  The happy couple is getting married this summer in Punta Cana…swoon!  Below is a small account of our time together.

I truly hope that you Packers fans appreciate their homage to non other than quarterback Aaron Rodgers!!!  There was even a guy who passed us as we were shooting and as he came by he threw the deuce and said, “A-A-Ron!”  So even though football is finally behind us for the year, we can still pay our respects to the greatest sport of all!

Below is an account of my shenanigans in Colorado right before the new year. Yes…Garrett planned a surprise proposal in Colorado for his girlfriend, where they were planning a fun little trip to take Whiskey, their dog and play in the snow. But the plot thickens…his girlfriend, Stephanie, we go way back…just about 10 years, to when she was a high school senior.

If you care to see this adorable said senior, check her out here. Gorgeous, right?? Then there was her college graduation shoot, so you get the point…I love her. Anyway, we’ve kept in touch all this time and if you and I met at the bridal show, chances are, you’ve met her too 😉

Garrett was generous enough to include me in his plan to propose to Stephanie, so we went back and forth incognito (under a fake name and all) to plan out the logistics. It was SO fun and absolutely incredible to watch take place…After he proposed, he let her in on the other surprise, a fun shoot for the two of them up north in Estes Park, Colorado.

That shoot will be posted soon, but until then, enjoy this sweet proposal including Whiskey and his cute little paw protectors, because it was TEN degrees. Poor sweet boy was such a joy and I’m so glad that he was included on this special day.  A super special shout out to Steph’s Dad for also helping  all of this come together.  The Colello family has long been part of our lives and I’m so grateful for them all!

Also, mayjah shout to myself for waking up at 2:30 in the morning to catch the (what’s the opposite of red-eye?) 5AM flight to Colorado – great job, me!

Before the wedding, there’s the bridal session…this is Stephanie…she’s SUPER fun, has a loud laugh that I adore and she’s Greek, so naturally, everyone wants to be her 😉 We flaunted about downtown Houston as she made heads turn and made me proud…

November weddings in Houston, Texas…it really doesn’t get any better than that. I love November, always have. The weather is cool and crisp (when it isn’t being funny), the air smells of wood burning, the colors turn and the holidays begin. I now have more reason to love it because of this incredibly lovely couple.

The first thing I noticed about Elizabeth was her smile. She’s got a smile for days. I met both she and her mom and I immediately found myself hoping that I would be the one lucky enough to capture the wedding day. Upon meeting Michael, I realized why Liz had picked him. He’s such a gentleman, and is so sweet with her.

This gorgeous day unfolded with traditions carried and continued for centuries and across seas. Witnessing and capturing this wedding was incredible! It went perfectly, and the only absence felt by everyone was Elizabeth’s Dad. Though nothing can replace the loss of a parent, he was fully present and he had the best seat in the house to see it all.